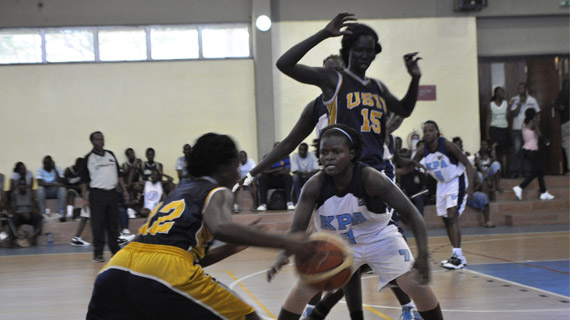 Former Kenya basketball champions Kenya Ports Authority – KPA - will this afternoon take on hot USIU Flames in the first match of the 2013 KBF finals playoffs at their Makande Home in Mombasa. Flames edged out defending champions Eagle Wings in the semi finals while KPA had a relatively easy opposition against Storms.

The first match of the best of 5 will kick off at 4:00pm at the Makande Hall, the second match being played at the same venue on Sunday. USIU will then host the three final matches in Nairobi with an advantage and KPA have an opportunity to drill the first two matches at home.

Still hot from their continental experience in Morocco a couple of weeks back, USIU Flames come to this match with a match fitness advantage  boosted by the top form of Hilda Indasi formerly of KPA and Emma Nyakweba.

With ten titles, KPA will be seeking to reclaim the title they last lost to Eagle Wings while USIU are out to become the first University side to win the KBF League title.

Cooperative Bank retained the men’s title after defeating KPA men in the  finals.