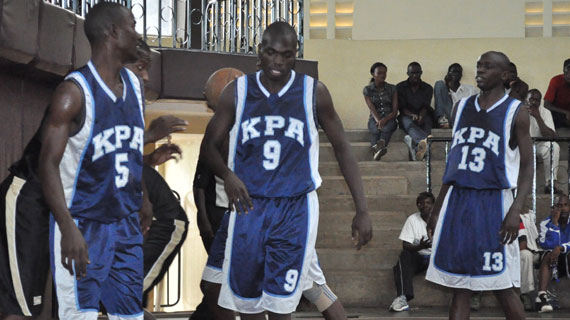 KPA will be heading to Nairobi this weekend hoping to erase their painful loss against Ulinzi two weeks ago in a game that the dock men took a twenty-point lead at the beginning of the second half. The tides were too much for the soldiers who held fans hostage for close to ten minutes threatening to pull out of the game citing poor lighting in the gymnasium,  a logic that fans replaced with a fear of a glaring loss in the hands of KPA.

The soldiers regrouped and tamed the excitement that was in KPA’s bench shocking the dock men 71-68. KPA face an acid test this weekend visiting the court twice against a hard-fighting university of Nairobi’s Terrorists then concluding their tour of the city against Strathmore Blades sitting at the peak of the table with only five losses this season.

KPA have every reason to worry because should they lose either of the two games slated for this weekend then they risk losing their home court advantage for the playoffs that are to begin in the first week of November.

Coach Anthony Ojukwu’s charges led by veterans Antony Okello and SamwelOcholla must provide the leadership the Mombasa-based side require to crack their opponents this weekend.