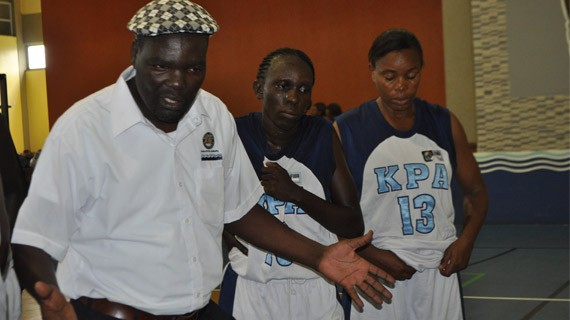 Kenya Ports Authority men’s basketball team coach Antony Ojuku is happy with how his team is performing so far in the KBF Premier League.

The team has played six matches losing two of those. The losses came courtesy of Defending Champs Co-op Bank who beat the Mombasa based side 59-54 and Blazers club who had a narrow win over them the scores being 65-63.

According to Ojuku his team has impressed considering he is building up a new squad, “this is a young team with a number of new players and with the performance they are giving at the moment I am happy as much as the league is still in its early stages.”

Ojuku explains that his main target so far in the 2013 season is to reach the semi-finals of the play offs after which they will set their sights in the finals, “we want to win as many matches as possible both in the 1st and 2nd leg after which when we get to the play offs getting a place in the semis will be our main target. When this is achieved we shall look at the prospects of winning the league.”

KPA’s last match saw them beat 2012 runners up USIU Tigers 61-51 at home and the coach states that USIU did not play well in the clash, “despite defeating USIU on Saturday, I must admit that they did not play according to how I know them. I hope in the second leg they will do better.”