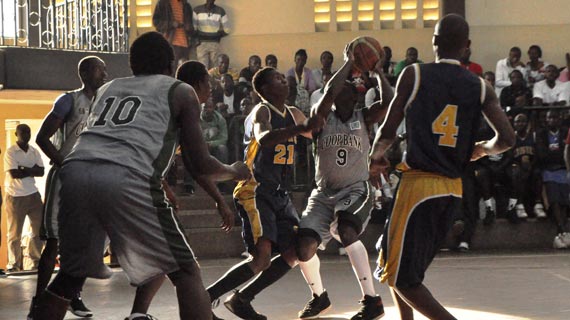 Kenyan Basketball men’s Classic League was first ever played in 1987 and the first champions were KPA. Barclays Eagles and Posta then ruined KPA’s dominance in the league for the next two years winning the men’s titles in 1988 and 1989 respectively.

KPA bounced back in 1990 and 1991 winning back to back titles to stamp their authority as the kings of Kenyan basketball….that was the last time they ruled Kenyan courts. Posta would then reclaim their glory from 1992 to 1993 winning triples becoming the then dreaded side.

KCB Lions then emerged as a new basketball powerhouse winning the league title in 2001 before Ulinzi Warriors returned to be crowned the Kenya Basketball Champions for a record five times in a row between 2002 and 2006.

Lions would get their clutch back in 2007 winning the Classic League for three years in a row to take their championship tally to four. COOP Bank were still not letting go their supremacy in the Basketball floor whipping Lions twice in the finals and last season taming a surging USIU Tigers to win the Classic League for a third time in a row.

Now you know, defending champions COOP Bank has the highest league titles in the men’s classic League while KPA was the first champions in the Classic League inaugural year. Some sort of History will be at fore when this two sides tussle in game 1 of this year’s finals from 7pm today.