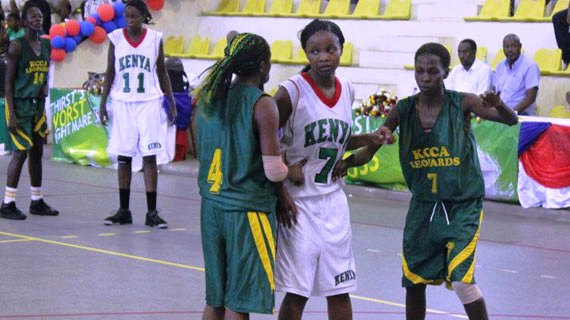 Kenyan women basketball champions Eagle Wings will depart Nairobi this evening for Burundi where they are expected to defend their regional basketball title.

The team’s travel plans had been hit by uncertainties as by Monday they had not managed to raise the 3 Million shillings required to make the trip.

However, the government through the ministry of Sports has finally paid for the team’s air tickets worth close to One Million shillings.

According to Mr. Agina Wesonga, the team’s manager, they travel this evening though they are yet to get sufficient money for accommodation while in Burundi.

“We appreciate that the government has come in to support us with air tickets. We however are still looking to get close to 500,000 shillings for our accommodation and meals while in Burundi.” He said.

Eagle Wings were to play their opening match on Tuesday against APR of  Rwanda but Agina says they have talked to organizers who have agreed to allow them play two matches on Thursday.

Eagle Wings is a self supported club that mostly depends on well wishers.