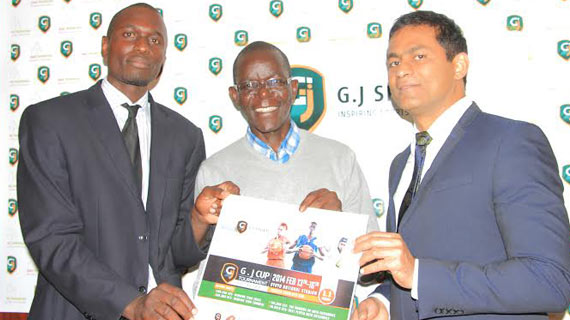 The much hyped GJ Basketball tournament has been called off. The tournament had been scheduled for 16th of February in Nairobi at the Nyayo national stadium gymnasium with 16 teams already having confirmed participation.

Initially the tournament had been advertised as a football and basketball tournament but organizers had to postpone football calendar to a later date because it was coinciding with the Kenyan Premier League kick off dates.

Michezoafrika.com has reliably learned that the reasons for the cancellation of the tournament revolves around the sponsors who had to pull out at the last minute since the tournament was not going to involve soccer, a team sport that has a larger following compared to basketball.

At this point, it is not clear whether the tournament will be held at a later though organizers had last month told a press briefing that the soccer tournament had been pushed to mid 2014 where top soccer icons like Marco Materazzi and Roberto Carlos were expected to attend.

All the 16 invited basketball teams drawn from East Africa have already received their letters informing them that the tournament is off.