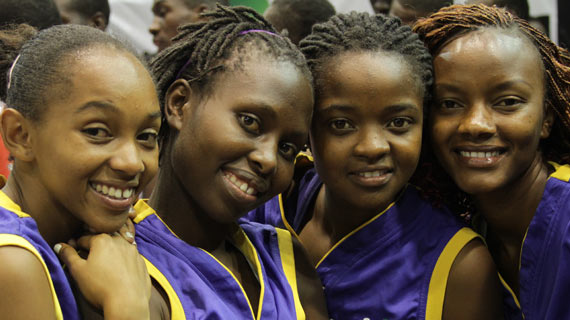 Flames knew the risk of letting game two slip off their hands. The burden of upstaging a comeback from 2-0 trail is almost impossible and they did it in style and determination beating defending champions eagle Wings 70-57 in an entertaining but tensed game played today at the Nyayo gymnasium.

USIU took an eleven-point lead courtesy of a 21-10 but the defending champions held their cool in the second quarter led by Natalie Achieng taking charge of the quarter 14-20 reducing Flames’ lead by five points fuelling tension from both sides of the flow.

The second half was hotly contested with USIU fans interrupting the game in the third quarter protesting a call that did go in their favour sparking. Their act stopped the game for close to four minutes of the tensed quarter that USIU was headed for a tie but a buzzer beating three point shot from Emmah Nyakweba sought to separate the two sides at 19-16.

Flames held onto their nerves in the final quarter thanks to brilliance from Hilda Indasi who notched clutch points and Linda Mfuchi who helped her side retain possession and wind down the clock to win the final quarter 16-11 to force a tie of the series at one all.

Hilda nailed a game high of 28 points while Nyakweba Emma added 17 for Flames. Eagle Wings best player of the game, Natale Akinyi had 19 points and guard Samba Mjomba who had a relatively quiet game added 12.