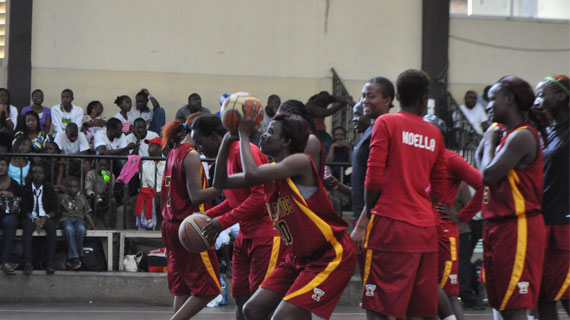 Regional basketball champions Eagle Wings finally left Nairobi for Morocco on Friday night for the 2013 edition of the FIBA Africa women basketball Club championships. Eagle Wings' trip to North Africa had to be delayed by three days as the team officials ran around town to raise One Million shillings that will facilitate the self sponsored team’s participation in the competition.

“We received a lot of support from the government who gave us air tickets worth 1.8 Million but we needed to raise another 1 Million shillings to finance our accommodation, meals and logistics while in Morocco for the matches.” Said team chairman Agina Wesonga.

The team on Thursday received a big boost when Equity bank donated 100,000 shillings towards their campaign in Morocco.

“We appreciate everyone who has contributed towards our trip and we look forward to a better performance this year.” Said team member Samba Mjomba ahead of their departure on Friday night.

United States International University (USIU) Flames is the other Kenyan team that is taking part in the competition having left Nairobi on Tuesday. USIU lost to Eagle Wings in the Zone 5 Finals.