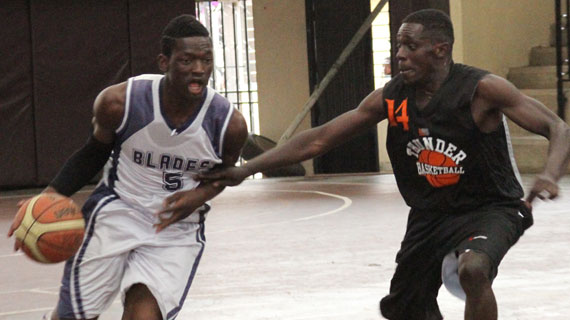 In Nairobi this weekend, basketball action heads to Upper Hill School  where defending champions COOP Bank take on Strathmore Blades highlighting the game of the weekend while last season’s runners up, USIU Tigers return to action after close to a month with a game against Nairobi University’s Terror.

The Blades-COOP game is of interest as the varsity side will be hoping to halt COOP’s dominance over them in the recent past besides COOP’s guard Tonny Abondo returning to haunt his former side.

In other games of the weekend, Thunder will play hosts to Nakuru Club while Ulinzi will be up against Abel Nson and his Blazers side notorious for giving up in the last quarter of games.

In the ladies category, Strathmore Swords, hot from their 48-45 win over KPA will be entertaining SafeSpacers at noon in court A while COOP Bank ladies fight it out with USIU Flames in a repeat of last year’s semifinals.

Swords and Flames return to the court on Sunday against Western Delight and Safe Spacers respectively.

In Mombasa, Eagle Wings will play their second game of the weekend against National Youth Talent Academy after KPA on Saturday Shimba Hills while KPA take on KU’s Oryx at their backyard.

In the men’s category on Sunday, Strathmore Blades have a date against Terror seeking to revenge their first leg loss while USIU Tigers will be up against Blazers. Nakuru Club wind up their tour in the city with a second game against Mennonites.