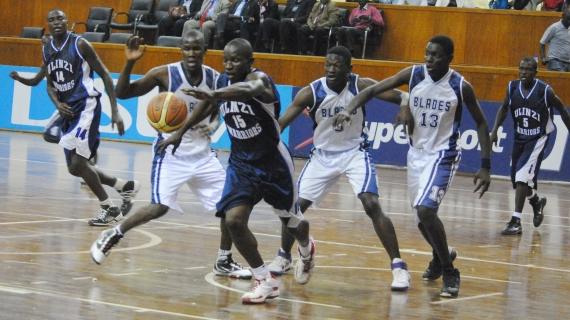 The Classic Premier League continues this weekend at the Nyayo gymnasium with the game pitting Strathmore Blades against KPA men on Saturday stealing limelight of the weekend. The dock men aim at completing their dominance over Blades this season after beating them in their first meeting of the season at the former’s backyard.

Blades are however in a bullish mood this season counting from their performance in the first leg and look forward to winning this game to propel their securing a top playoffs spot. Defending Champions Eagle Wings’ game against last season’s semi-finalist, COOP Bank will also bring into fore some sort of rivalry the game of basketball needs. Kingdom Queens will miss the services of guard Irene Makori nursing a shoulder injury while Wings’ will rely on the services of Silalei Owuor and guard Samba Mjomba to extend their winning streak. The game starts at 3pm while the Blades-KPA game kicks off at 4.30pm.

Meanwhile The Friday Night Basketball is back. The monthly basketball show hosted by Code Red outfit is bigger and better after securing a partnership with a pay-channel StarTimes for the event.

The All-Star show will pit Nairobi’s very best players against their counterparts from Kisumu City a game that will be punctuated by a series of performances from Kenya’s finest comedy duo of Erick Omondi and Teacher Wanjiku besides performances by Willy Paul.

Tickets sell at Nyayo gym’s entrance for sh.300 and the show starts from 6pm ‘till very late’ according to the organizers.