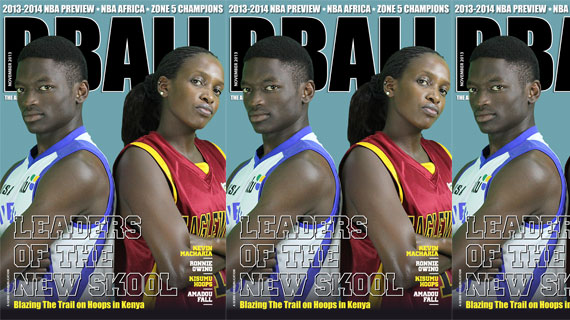 The 4th edition of Kenya’s online basketball magazine –The inside Bball- will be out on Thursday. The new edition features legendary Kenya basketball coach Ronnie Owino and the cover boast Geoffrey Oteki and Silalei Shani poised to take the hoop fraternity to the Promised Land.

The editor-in-chief David Mugambi in a chat with michezoafrika.com says the magazine has garnered lots of interest from other parts of the continent and could also soon launch a TV Magazine show highlighting the stories behind basketball in the region.

"We have received lots of interest from the West as well as South Africa, and are looking to grow our brand across the continent.” Mugambi says.

On the new a basketball TV show, Mugambi adds that they are working on identifying the right hosts for the show, "but we are almost finalizing the casting and we will soon be ready" He adds