Tunisia U-20 team expected on Tuesday 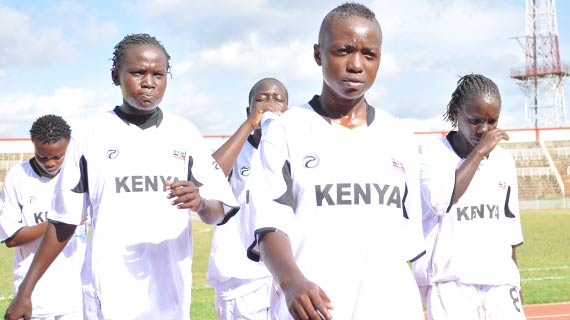 Tunisia U-20 team expected on Tuesday

The Tunisian National Women U-20 football team is expected to land at the Jomo Kenyatta International Airport Nairobi on Tuesday afternoon for the forthcoming U-20 Women’s FIFA world Cup qualifiers against their hosts Kenya. The delegation comprising of 18 players and 8 officials will land at 2:50PM Kenyan time.

The second last stage of the qualifier will be played at the Nyayo national stadium on 31st of March 2012 and a return leg in Tunis two weeks later.

The winner of the match will meet the winner of the Ghana vs South Africa to determine one of the two African representatives at the world Cup set for Japan later in August.