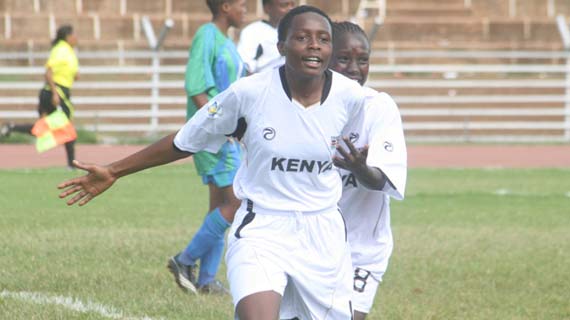 Coach Florence Adhiambo has released her first team’s starting lineup as Kenya lines up to face Zambia in an Under 20 World Cup qualifying match to be staged at the Nyayo national stadium this afternoon. The match will kick off at 4:00PM.

Coach Adhiambo will miss the services of Jacqueline Ogol who is out with a knee injury but is confident of a good outing by her girls.

“We struggled with the poor pitch surface in Zambia during our first leg match but playing in familiar territory is a good thing for us. We will approach the match like it is a first and last for us because we need to win convincingly but more so avoid conceding.” She said.

Kenya lost the first leg match in Lusaka 2-1 and will be seeking at least a 1-0 win to qualify to the next stage of the World Cup qualifier.