No change for Kenya in latest FIFA Womens Ranking 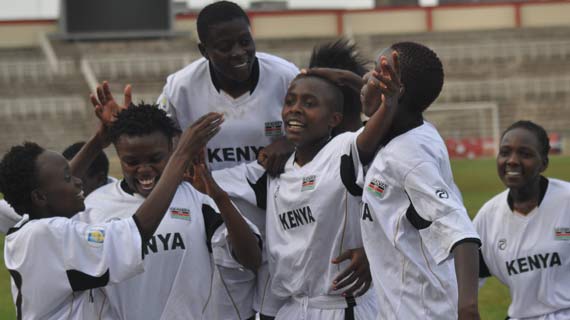 No change for Kenya in latest FIFA Womens Ranking

134 is the last position for countries that have been engaging in some women's football. Kenya recently beat Zambia home and away and there was hope that the country will have a shift in the next releases.

According to FIFA's Ranking Criteria, the ranking of a team is deemed official when the country has played at least five  matches against teams with an official ranking.

Teams that are inactive during the last 4 years are not listed.

With more games for on the card for the Harambee Starlets , the ranking should change in the next release slated for 1st June 2012.

The Kenyan U-20 women’s soccer team is training in Nairobi ahead of their next match against Tunisia on 31st of March in Nairobi. The team of 22 players is currently camping   at the YMCA in Shauri Moyo and training at the City stadium.