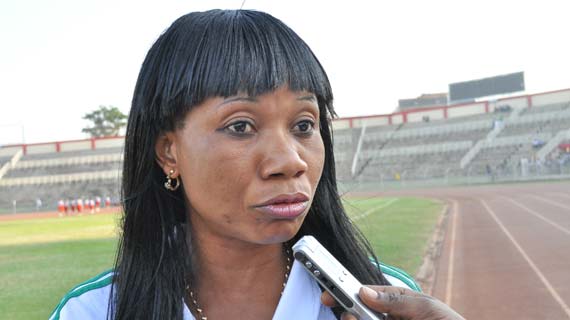 On Saturday afternoon, the Nigerian U-17 women’s soccer team earned a vital 2-0 victory over their host Kenya in a world Cup qualifier played at the Nyayo stadium in Nairobi. However, the match had to be played under protest after Kenya claimed most of the players in the Nigerian team were overaged.This forced a seven minutes delay on the match kick off as the two parties agreed to have an official letter drafted and signed by both teams before kickoff.

Kenya is expected to lodge an official complain to CAF within 48 hours. However this seems not to disturb the Nigerian officials who are confident their girls are within the required age bracket.

“As far as we are concerned our girls are of the right age and the Kenyans can do whatever they want we don’t care. This is not the first time this is happening to us, In 2010 South Africa also protested against us and they launched a complaint to CAF but the case was later thrown out because all our girls were found to be of the right age.” Said Nigerian team trainer while speaking after the match.

“Nigerians are naturally big in size and these girls are even younger than the Kenyans. We picked them from high schools and they are very young girls. It is just that our structures and youth development programs are good at this stage and that is why we manage to pick the best each year and push the mature ones to the higher age grade.” Added team coach Peter Dedevbo.