Nigeria to land on Friday for world Cup qualifier 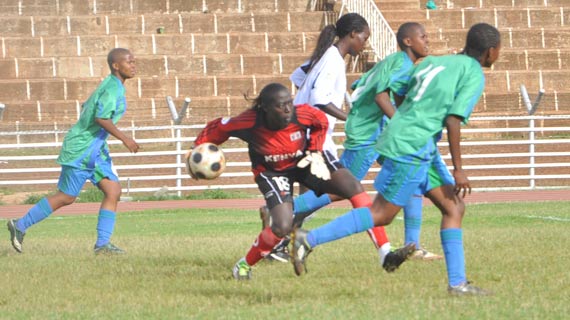 Nigeria to land on Friday for world Cup qualifier

Kenya’s opponents for the forthcoming U-17 women’s world Cup qualifier –Nigeria- is expected in Nairobi on Friday morning a few hours before they take on their hosts Kenya at the Nyayo national stadium on Saturday 21st.The match will kick off at 4:00PM.

Appointed match officials (Referees from Uganda and match commissioner from Cameroun) are also expected to land in Nairobi on Friday morning.

After arrival, The Nigerian Falcones will have a feel of the match venue the Nyayo stadium at 4:00PM on Friday after their opponents Kenya who will use the facility on Friday at 2:00PM.

FKF technical director Patrick Naggi has said tickets for the match will sell at the Nyayo stadium on the day of the match with terraces selling at 50 shillings while VIP stand will cost 100 shillings.

“The low charges are meant to encourage as many fans to come in and support our upcoming talents against the former world champions. The team has prepared well and having a 12th player (the fans) will be an added advantage for them.” Said Naggi.

Naggi also said students in uniforms and only those coming as a unit/team will be allowed in free of charge. Individual students even if in uniform will have to part with the entrance fee.