Nairobi Women’s soccer League to kick off in February 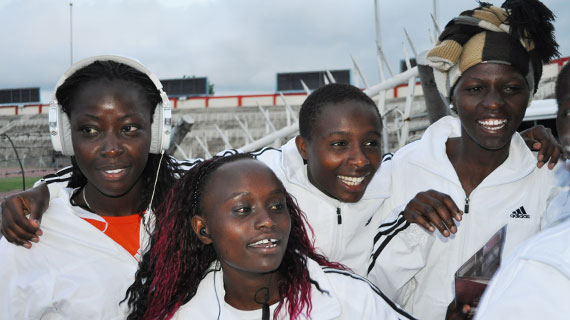 Nairobi Women’s soccer League to kick off in February

The Football Kenya Federation Nairobi county women league 2012 has been scheduled to kick off on 4th February 2012. Speaking to Michezoafrika.com, Nairobi Branch women Representative Rachael Kamweru confirmed that the girls will commence the league which will be dictated by the FKF calendar.

A total of 80 teams have already confirmed their participation in the league competition with 60 of them falling in the provincial level while the remaining 20 will be included in the district level.

However, the fixtures are yet to be released. At the same time, the women representative has appealed to well wishers for donations that will greatly assist in supporting the players. According to her, the donations can be in form of kind, service or financial aid.

“We need well wishers to donate money, balls, sanitary towels, food or any other donations that can help in the development of the league.” pleaded Kamweru.

FKF through the chairman Sam Nyamweya has pledge full support to the revival of women soccer in Kenya. Currently the women’s U-17 team is preparing to face Nigeria in a world Cup qualifying match to e played in Nairobi on 21st of January and a return leg in Nigeria a fortnight later.