Kenyan U-17 girls team ready for Nigeria this weekend 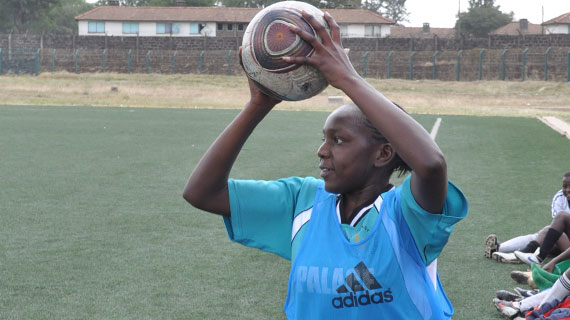 Kenyan U-17 girls team ready for Nigeria this weekend

The Kenya U-17 women’s soccer team on Monday shifted their residential training base to Nairobi ahead of the oncoming U-17 Women’s world Cup qualifier to be played at the Nyayo national stadium this coming weekend on 21st January. The team has been camping in Matuu since 1st of January in preparation for the crucial fixture against the former world champions.

On Monday,  the girls demolished a Thika combined girls’ team 7-0 at the Thika Municipal stadium in one of their build up matches.

“The girls feel ready, their morale is almost hitting roof top and we are working on their mental sharpening ahead of the match. “

“On Tuesday we hit the ground for final drills to seal the loopholes we have seen during the friendly matches and at the same time use the opportunity to make the final selection of our team.” Said head Coach Fred Serenge.

The Nigerian team is expected in the country any time before Friday though their federation is yet to confirm on the exact date and time of arrival as required for all international matches.

Kenya gained direct qualification to the second round after the withdrawal of Mozambique in November 2011.This will be the second match for a Kenyan women’s  team since the taking over of the new office led by Sam Nyamweya.

The U-20 team surprised many by qualifying for the second round of the world Cup qualifiers with a 4-2 aggregate win over Lesotho last December.