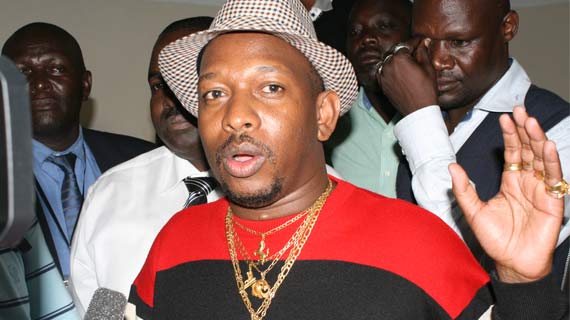 Flamboyant Makadara MP Mike Mbuvi popularly known as Sonko is yet to honor the pledge he made to the Harambee Starlets team in Nairobi in December.

In the next round, Kenya lost to Zambia 2-1 in the first leg but managed to overturn this result by thrashing the same team 4-0 in Nairobi.

As per Sonko's reward policy, each goal attracts Ksh 20,000 so he owes the team Ksh 140,000 for the seven goals scored after making his promise.

“His motivation encouraged the girls to keep scoring, they fulfilled their end of the bargain and they scored and kept scoring. Now they are asking where is Sonko? That was very good motivation and we appreciated.” Said the team’s head coach Florence Adhiambo.

“The girls need more support, he needs to promise them more and many other soccer lovers who can come on board to motivate the girls, the world Cup is closer home and they need all the encouragement.” She added.

During his meeting with the girls in Nairobi last December, Sonko congratulated the girls for a good win and vowed to keep supporting women soccer.