Harambee Starlets through to next round after Lesotho draw 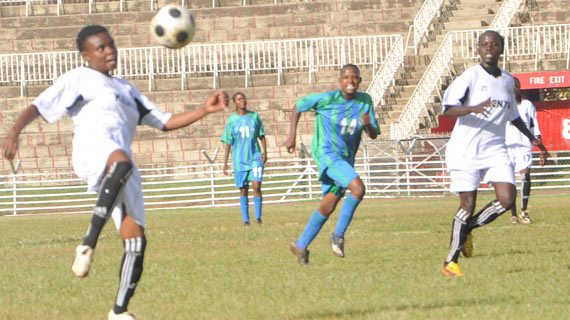 Harambee Starlets through to next round after Lesotho draw

The national soccer Under 20 Women’s team has qualified for the first round of the 2012 FIFA World Cup after 2-2 draw with Lesotho in Setsoto Stadium, Maseru on Sunday. Kenya beat Lesotho 2-0 during the first leg of the preliminary round qualifier in Nairobi and will go through on a 4-2 aggregate score.

Kenya will next meet Zambia in the first round. The first leg match will be played on a date between 17th and 19 February 2012 in Zambia before a return leg match between 2nd and 4th March 2012. After the first round match, there will be a second round and a third round that will determine the two teams to represent Africa.

Uzbekistan will host the 7th edition of the tournament.

Politician Mike "Sonko" Mbuvi had promised the team Ksh 50,000 for each goal and Ksh 150,000 for qualifying to the next stage.