Harambee Starlets did us proud and deserve recognition too 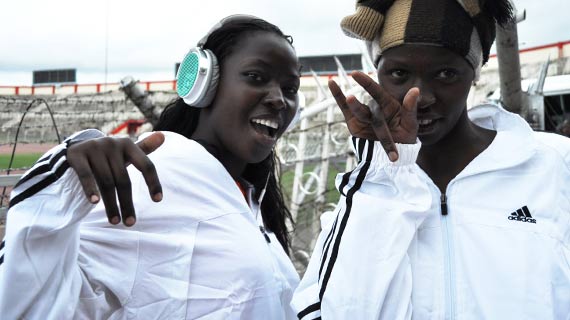 Harambee Starlets did us proud and deserve recognition too

If you did not know, Kenyan women football is ranked 133 in the world and 28th in Africa. This is according to the last FIFA ranking release dated 23rd September.

Simply stated, position 133 is a polite way of saying Kenyan women football has been dead. Whatever kind of football was being played  in Kenya does not meet the ranking threshold.Teams that have been in active football are ranked in position 1 to 132.

In other words, Kenya is joint bottom with other slumbering nations in the world.

According to FIFA's Ranking Criteria the ranking of a team is deemed official when the country has played at least 5 matches against teams with an official ranking.

On Sunday our Women's U-20 team registered a 2-2 draw in Lesotho and in the process progressed to the first round of the 2012 FIFA World Cup. This is no mere feat considering the difficulties the team encountered en route to the South African Nation. It is a result of sheer determination.

Kenya will next meet Zambia in her next match. A positive result will not only clear the way to Uzbekistan but will also ensure Kenya is ranked among nations that play women football.

Only politician Mike “Sonko” Mbuvi has openly stated that he will reward the ladies after the great performance. He was also there to support the ladies during the first leg encounter.

Is the ladies version of the game less appealing or it’s just sheer ignorance? The mens team has been underperforming yet tickets are always high on demand when the team is playing. Our great ladies deserve our support too!