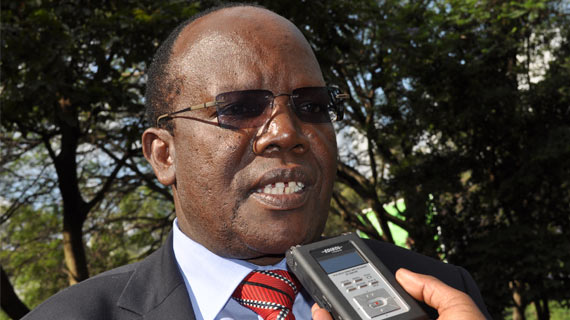 FKF president Sam Nyamweya has praised the Kenyan U-20 team for reviving hopes for Kenya’s women soccer that was on a dead bed.Nyamweya in an interview with michezoafrika.com said his office will continue to support women soccer in Kenya as it has proven there is abundance of talent across the country.

“ As FKF we are determined to ensure football is revived in all sectors and especially setting up the right structures for youth teams . Women football has been sinking in Kenya but our office is fully committed to ensure we rise to match up with the rest of Africa. The U-20 team has demonstrated how powerful and talented we are and we commend them for the good job.” He said.

For the first time since 2006, Kenya played in an international match in the first round of the U-20 world Cup qualifiers where the Kenyan team sailed through with a 4-2 goal aggregate over Lesotho.

FKF through the technical director Patrick Naggi last week announced plans to commence a nationwide women’s U-17 scouting program in the month of December in preparation for the FIFA U-17 world Cup qualifiers set for early 2012.The Kenyan U-17 team got direct qualification to the next round after the withdrawal of Mozambique.