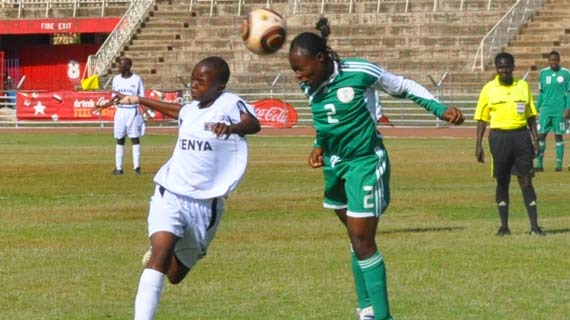 Over the years, the female gender in Kenya has lamented over a feeling of  neglect and disregard in the world of sport especially in football due to lack of an official women body that could oversee the progress of the women leagues and FIFA matches scheduled for the ladies. However, this is bound to change in February 2012 after the Football Kenya Federation (FKF) ratifies the current constitution.

Speaking to Michezoafrika.com, Rachael Kamweru, the Nairobi county football branch women representative has assured that the current constitution in use by the federation will be ratified: therefore allowing the formation of a women body that will oversee all women football matters in the country.

“Women football in Kenya is not as popular as the Men’s football though we have seen some improvement in the recent past. However, it is imperative to have a women’s representative body that will run the women leagues and matches- Women for Women soccer. This way we will see notable growth.” Explained Kamweru.

Recently, the Kenya women’s U-17 team fell to Nigeria 2-0 in the world cup qualifier match played in Kenya and will be leaving for Nigeria on Wednesday for their return match. The U-20 team on their part portrayed good performance during their world cup campaigns after beating Lesotho in their home and away meetings.

At the same time, the Football Kenya Federation Nairobi county women league 2012 will be launched at the city stadium on Sunday 4th February. A total of 80 teams have already confirmed their participation in the league competition with 60 of them falling in the provincial level while the remaining 20 will be included in the district level.

Following the appeal passed to the public through michezoafrika.com 3 weeks ago on donations Kamweru has thanked the public for the positive response received so far.

“We are really grateful to have received food from well wishers as well as sanitary towels however, we still appeal that the public would continue donating so that we can gather enough that will run us the entire season.” she said ,