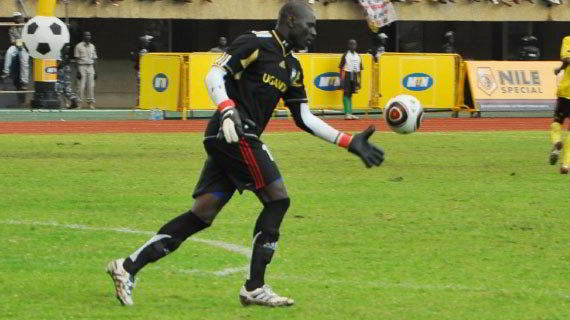 Neighbors Uganda Cranes failed to soar above Togo's Sparrow Hawks in a 2015 Africa Cup of Nations qualifier after going down by a solitary goal at Mandela national Stadium in Kampala on Saturday 11th October.

The hosts had done well to control the Sparrow's until the 31st minute when Donou Kokou raced past Godfrey Walusimbi then sent a ferocious shot that tore through the net for the only goal of the match.

Prior to the match, Uganda Cranes were the group leaders with four points. Guinea (3pts)  or Ghana (4pts)  who play later on Saturday now have a chance to take over the group leadership. Togo has three point after losing their first two matches.

Kenyan and FIFA accredited Davis Omweno was the center referee.