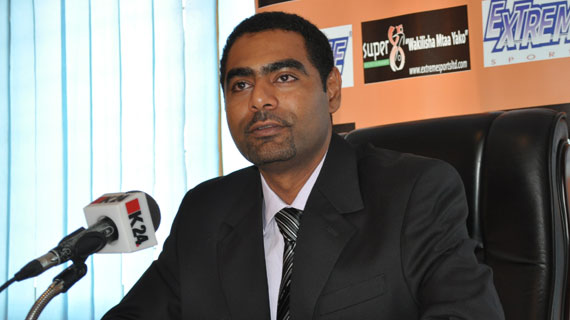 The Extreme Sports Super Eight Soccer Tournament is back after over three years of absence. The 2015 edition of the tournament was launched on Tuesday morning in Nairobi by founder Hussein Mohammed.

According to the Organizers, the tournament will be played on a knock out basis and is expected to attract over 80 teams drawn from all constituencies in Nairobi County.

The overall winning team will walk home with half a million shillings, runners up will pocket 250,000 shillings while the third placed team will win 100,000.00.