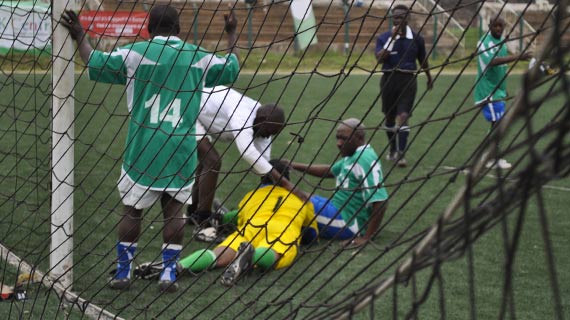 The third edition of the SuperSport Media Challenge will take place on Friday at the Rugby Union of East Africa (RFUEA) grounds in Nairobi.

At stake will be television decoders, trophy and medals for the winning team of the tournament that has attracted ten teams.

SuperSport Marketing Manager Japheth Akhulia said all the teams will be kitted by the sponsor and urged the participants to observe punctuality and discipline.

He said the tournament is meant to bring together media practitioners as forum of interacting to foster unity and professionalism among the rival media houses.