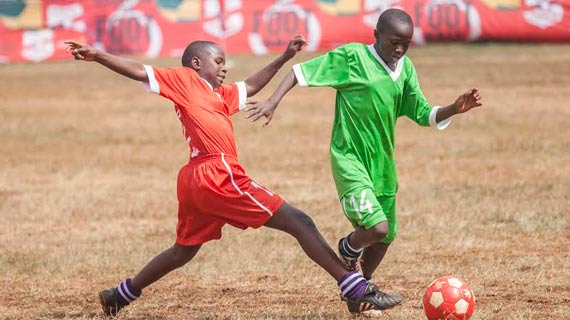 Nyamira Girls from Nyanza on Wednesday bulldozed their way into the semifinals of the ongoing national Copa U-15 soccer tournament at the Hope Center in Kawangware.

Having overwhelmed Maragua Queens 2-0 in their opening match, the highly entertaining Nyamira danced their way past Mombasa Starlets with an identical score line win with Emily Kerubo netting a brace in the second half.

Caren Mukiri carried her goal scoring form into Kirindara’s match against Maragwa who they bundled out with a 2-1 win, Mukiri netting the winning goal after Millicent Mukami had put the Eastern outfit ahead.

Beijing Raiders knocked out Kibra Queens with a 4-0 win to take control of the ladies’ Group ‘A’. Selvine Kasowa continued with her meteoric form scoring all the four goals.