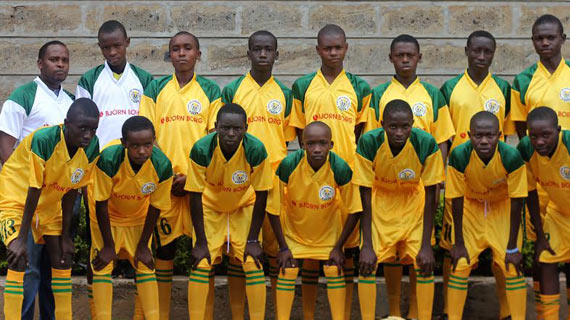 Mathare Youth U-15 soccer team will depart Nairobi on Sunday 25th May for Netherlands where they will take part in this year's edition of Woudenberg International Youth Tournament  to be held in Netherland starting May 30th .

MYSA will be the only team from Africa at the 5th edition of the  tournament that has attracted  youth teams from top European countries. Among the clubs expected to participate in the tournament include Tottenham Hostpurs (England), Addo Den Haag (Netherlands), Club brudgge (Belgium), KV Mechelen (Belgium), Norwich City (England) PSV (Netherlands) amongst others.