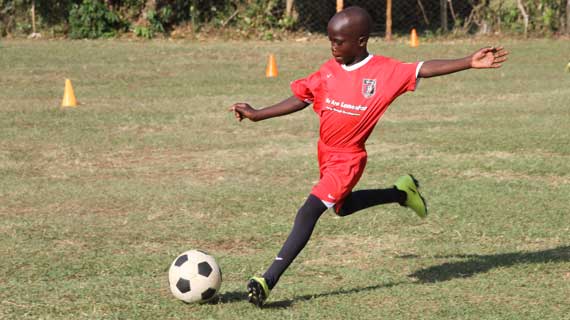 The Michezo Afrika soccer Academy hosted its first Youth tournament on Sunday at the Bungoma Sports Club where three Youth teams drawn from different regions in Bungoma town met for a one day tournament.

The U-11 tournament which attracted - Smart FC, Luanda Youth and hosts the Michezo Afrika Academy – was played on a round robin format with Luanda Youth emerging as overall winners after gathering four points with one win and a draw.

The tournament was also attended by regional leaders including Bungoma County Chief Officer of Sports Christine Wasike who was very pleased with the standards of talents, “I am more than pleased to see young talents playing their hearts out. This is a noble initiative and we would like to see more of such tournaments because this plays a role in shaping our upcoming talents in the County.”

She further spent time talking to the boys encouraging them to work hard both at school and in their talent while also advising them to remain focused and disciplined in everything they do.