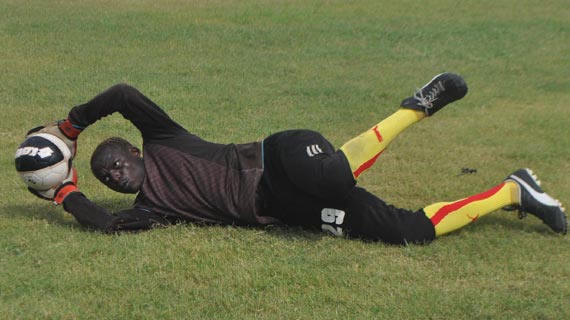 It’s  all systems go  as the semi finals of the  annual Kothbiro soccer tournament gets underway on Saturday at the Ziwani Umeme Grounds in Nairobi.

In the first semi final tie,Katanga/California  based Borussia FC featuring five Gor Mahia Under 19 players will face off with  Kaloleni based A 1000 street.Both matches kicks off at 3pm

On Sunday ,Pumwani will lock horns  with home team Nyoi FC  in what is anticipated to be a mouthwatering clash.

Borussia led by  Bandari Goalkeeper Wilson Oburu sailed to the semi finals  after bundling out BlackMamba on Wednesday 5-4 on penalty shootout after a barren  draw in the regulation time.

The finals, according to the fixture organizers Charles Soldier”Handas,Paul Polosa and Issa Salim ,will be staged on Saturday January 10th at the same  venue.

Winners of the annual glamour event sponsored by broadcasting channel service provider   GOtv will pocket a whooping sh.100,000 while the runners up will earn  a cool shs.75,000.Third and fourth winners will go home with shs.50,000 and 25,000 respectively.