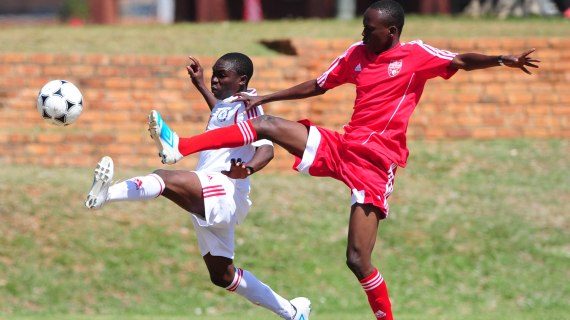 The duo wrestled the men’s and ladies’ titles from Gunners FC and Kapsoware girls who never made it beyond the group stages, in the process earning themselves a ticket to the national finals set for Nairobi in less than a month.

Kitale Youth were simply imperious on the day scoring 12 goals and conceding only two as cruised to the region’s title. The far-travelling Northwest Rift outfit won their knockout match 2-1 against South Rift’s Ujuzi Stars before an Eric Wafula brace and a third goal from Issa Rashid saw them ease past Boca Juniors 3-1 in the semis.

The team led by coach John ‘Ingwe’ Baraza clashed with Bomet in the final, the latter having secured their qualification after a 2-1 win over Cherangany Boys in the semis.

Two freekick goals from Kibet Maxwell and one from Charles Chege within the first five minutes all but ended Bomet’s hopes of winning the fixture and their miseries were compounded further by David Mwite and Elly Saenyi who both netted to give Kitale an unassailable 5-0 lead at the breather.

Chege grabbed his second immediately after the restart, the lanky frontman leaping head and shoulders above the rest to head home Kitale’s 6th. Kennedy Mwenda and Joseph Thuo also found the back of the net before full time to ensure Kitale whitewashed a hapless Bomet 8-0 and book their slot in the national finals.

Kitale Starlets were not quite as ruthless but they did a similar job as their boys’ counterparts. They won 2-0 against Nakuru Starlets in their knockout match before edging Naivasha Site 4-2 in post match penalties. Sinathe Baraza netted the solitary goal in the 1-0 win over Cherangany in the final, a result that booked them a date in the national spectacle.

The two Kitale teams join Nairobi’s JMJ Academy, Beijing Girls and Kibra League Queens as well as Eastern’s Black Cats and Maragwa Queens who already qualified from their provincial finals. Others who have advanced to the nationals are Kisumu Lakers and Nyamira Girls from Nyanza as well as Murhanda and Shinyalu Girls from Western.

The last leg of the provincial finals will be played in Coast before teams assemble for the nationals slated to begin on the 9th of August.