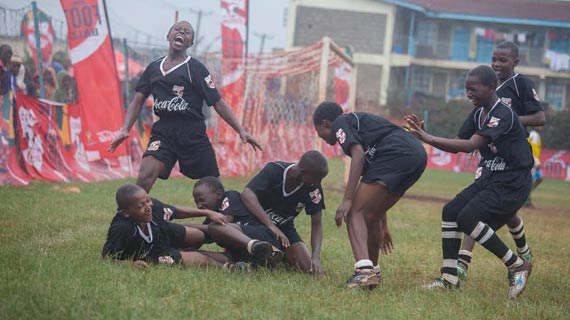 Eastern side Kirindara Starlets were head and shoulders above Coast's Mombasa Starlets who they clawed 3-1 as the U-15 Copa national soccer championships entered day two at the Hope Center in Kawangware.

Kirindara dominated their Coast opponents from the off and it took only seven minutes for them to take the lead, Caren Mukiri finding the back of the net at second attempt. The goal gave Mombasa a wakeup call as they instilled urgency into their game. However, it was Kirindara who continued creating better chances which eventually saw them double their lead at the quarter hour mark through Nanice Mwendwa.

Emma Ongayo won and converted a free kick to draw one level for Mombasa who trailed 1-2 heading into the second half.

Kirindara picked up from where they left piling more pressure on Mombasa who conceded the third barely five minutes after the restart through Josephine Kathambi with the match ending 3-1 in favour of the Eastern outfit.

In another match , Shinyalu Girls were held to a barren draw by Cherangany Starlets in spite of finding the back of the net three times but all the goals were ruled offside. Beijing Raiders also won on the day beating Kibra Queens for the umpteenth time.