JMJ out for redemption 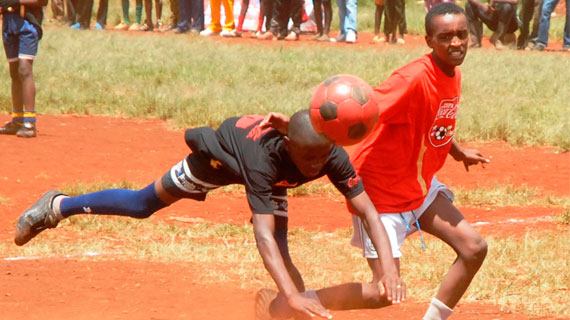 JMJ out for redemption

JMJ could only muster one win and a draw in the first round matches, results that see them trailing Kibera All Stars in the Nairobi East Branch standings. Coach Shaban’s side have a chance to turn things around on Saturday when they play Young Salumbe and Mainstream Academy.

Leaders, Kibera All Sports, could all but secure their slot in the provincials should they win their two matches against Mainstream and Salumbe.

The other match on the day will pit struggling duo, Victoria Sports against Peliko Academy. Last year’s losing finalists in the girls’ category, Beijing Girls, could qualify for the provincial finals with a win over Kibra League Queen. Vapor Girls will clash with Kabagale Girls in the last assignment of the day.

Meanwhile, last year’s beaten finalists in the men’s category, Kisumu Lakers, will have a busy day in the office in Nyanza North Branch. Lakers failed to play last weekend due to age irregularities and will have three matches on the cards for them in Bondo. A Kisumu derby against Kisumu United will open the day’s activities before they face Siaya United and finish a hectic day with a fairly easy battle against Gem Center Maliera. Hosts, Bondo Combined Boys will play twice on the day, first against Muhoroni Stars before they entertain Kisumu United.

Kisumu Queens went as far as the semi-finals of last year’s nationals and will be favorites to lift the Nyanza provincial title. They will play Siaya Queens as Bondo Girls play host to Onjiko Girls Talent.

Other matches will be played in Central Rift where last season’s third placed team, The Gunners, have a tough task on their hands as they currently trail in the table standings. They will face Koibatek Youth. Leaders, Boca Juniors, will play two games, a clash against Flamingo Youth will be followed by a match-up against Kabarnet Youth. The latter will play against Naivasha United who will then take on Flamingo. Site FC Naivasha versus Ravine Ladies and Nakuru Starlets versus Eva Star Ladies will conclude the day’s event. The matches will be played at Ravine Grounds.