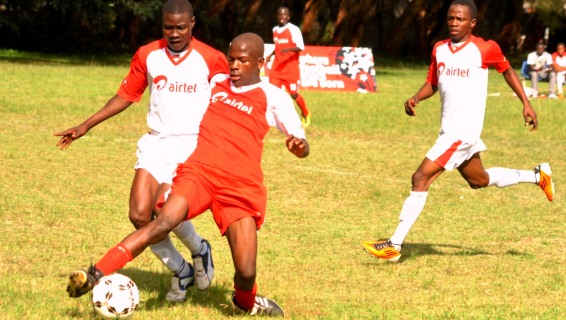 The race for tickets to the Airtel Rising Stars Secondary Schools Term 2B games begins in earnest on Thursday with seven regions holding their finals over the next three days. With Nakuru region having already concluded their games, teams from Nzoia, Mombasa, Metropolitan, Aberdare, Lake, Garissa and Northern regions will enter the penultimate phase of the talent search competition.

Nzoia region is one of the two hot spots that will be monitored closely in the regional events.

The region will be parading some of the most successful football teams for girls and boys in the history of National secondary school games. The combination of Kakamega, St Anthony’s, Chesamis and St Lukes in Pool “A” promises thrills and some of the matches here qualify as “final before final.” Kakamega, who are better known as Green Commandos are a house hold name in Kenyan football with their great history stretching as early as 1970s. St Anthony’s are credited with being the only team from outside Uganda to have won East African Games when they lifted the inaugural trophy in Nairobi in 2002. The team from Trans Nzoia has also won the Nationals twice. Others in the final include St Lukes of Turkana, former National champions Kapenguria, Chavakali, Amukura and Mumias Muslim. The girls’ category also has stellar line-up of teams among them East African champions Tartar of West Pokot, Arch Bishop Njenga, Wiyeeta and many glamorous names.

Metropolitan region will also be in focus because this is where National champions for both boys (Upper Hill) and girls (Olympic) are battling out to earn tickets to advance and defend their National titles. The Lake and Mombasa are other regions that should be monitored closely since they have previously provided National champions, for both boys and girls.

In eastern region, Kathungi High School who stormed the Nationals last year to finish second overall are expected to continue from where they left and go through the regionals.

Aberdare region is not known to provide serious contenders but the trend may change with the coming on board of new teams namely like Kikuyu Day, Bassenga (boys) and Ngindo and Kerugoya (girls). Garissa, formerly North Eastern, will have their games staged at Wajir High and their wish is to come up with a team that may write history as the first from the region to go beyond group stage at the national finals.