Annual Inter banks games to kick off at KSMS 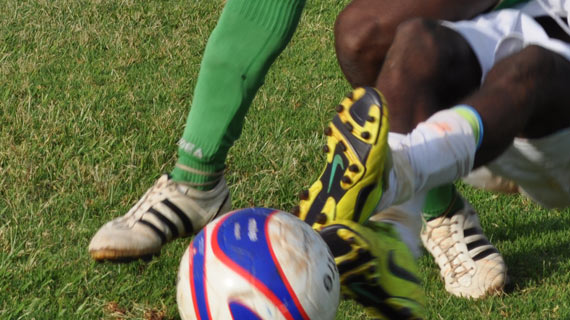 Annual Inter banks games to kick off at KSMS

Platinum Credit football club is the latest one to join the annual Kenya Institute of Bankers( InterBank Games) that will be officially opened  tomorrow (Saturday) at the Ruaraka’s  Kenya school of Monetary
Studies(KSMS).

23 Financial Institutions are participating in this year’s tournament that marks its 30th anniversary.

Addressing the media during its Thursday  launch, the tournament acting Chairman Ezekiel Tanui announced that 20 different disciplines will be up for grabs that includes Golf tournament which  usually attracts executives and senior managers in the banking Industry. The event shall be  held  at the  Vet Lab Sports club in Kabete.

The opening ceremony on Saturday will be presided over by the Chairman of the Kenya Institute of Bankers council Reuben Mbindu while the closing ceremony will be graced by the Governor of Central Bank(CBK) of Kenya Prof.Njuguna Ndungu.

Tonui  was flanked by several  top officials that included  Charles Maloba who is the Chairman of the Nairobi local centre,Immanuel Okutoyi(Chief Accountant),M.Bwire( Chief Liasion officer) ,Gilbert Alela ,Riru Wanyama, and Danson Kimutai among other officials.

He has however appealed to officials drawn from various disciplines led by Kenya Premier League(KPL),Athletics Kenya(AK),Kenya Volleyball Association(KVA) and others  to manage the games professionally as per  the laid  down regulations to maintain the tournaments credibility.