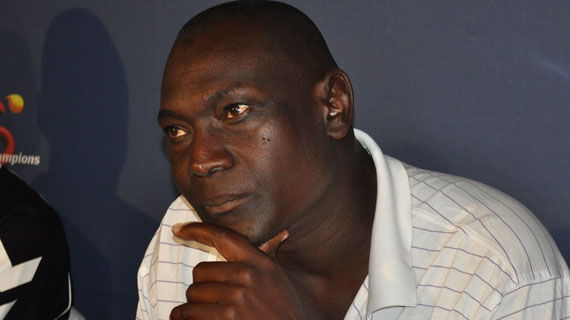 Murang’a under the tutelage of former AFC Leopards assistant coach Abdallah, won all their matches to carry the day with nine points in a tournament played on round robin format.

The team’s patron and sponsor Murang’a Governor Mwangi Wa Iria congratulated the team for doing the county proud and pledged more support for the team.

All Stars wrapped up the tournament with a7-0 thrashing of Marsabit courtesy of a brace each by Elijah Mwaura and Daniel Kamanja.

Mwaura scored in the 10th and 25th minutes as Kamanja netted in the 33rd and 40th while Dominic Waithaka and Okeyo Charles scored goal apiece.

Nyeri ‘A’ was placed second with six points as Marsabit finished in third position with three points ahead of tail enders Nyeri ‘B’ which had no point.

The second edition of the inter counties football championships will be held in Murang’a with the governor promising to host a high standard tournament and urged many more counties to attend.

“As a county we feel privileged and honoured to have been awarded the hosting rights of this event and promise to showcase our hosting potential that in future we shall bid to be one of the hosting towns of regional and continental tournaments,” he said.

This was Abdalla’s first assignment after unceremoniously leaving the 2013 GOtv champions, Abdallah vowed to guide Murang’a All Stars to the premiership.

“Apart for gunning for top honours in the tournament, we were using it to prepare for the Football Kenya Federation (FKF) Division One league 2015season,” he said.