2014 edition of Copa Coca Cola to be launched 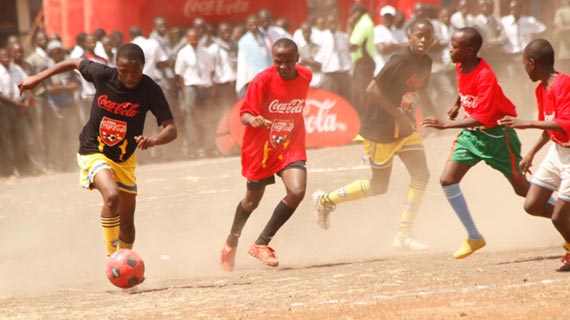 2014 edition of Copa Coca Cola to be launched

The 2014 edition of the COPA Coca-Cola Under-15 youth football tournament will kick off this Saturday, April 5th at the Kenyatta Stadium in Machakos County.

County Governor, Dr. Alfred Mutua, is expected to grace the occasion alongside his county sports team, high ranking officials from the Kenya Football Federation and representatives from the tournament sponsors, Coca-Cola. There will be lots of entertainment for the 6,000 fans expected to come watch the action for free.

During the launch in Machakos, there will also be an exhibition match between Sports Journalists and locally-based Masaku FC on the day with lots of prices to be won.