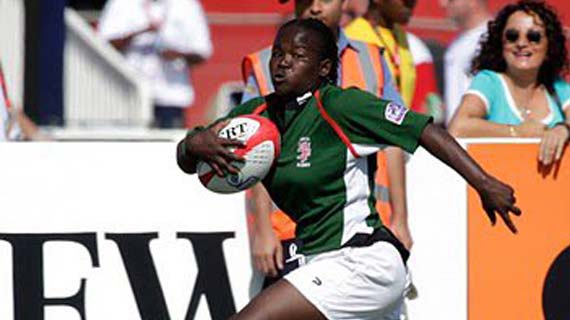 According to witnesses who were present during the match in Kampala a week ago, Aberdeen was hit with an opponent’s knee on the spine during a harsh tackle. Witnesses revealed that another player stepped on her neck while she was on the ground further aggravating the damage. The injury was so catastrophic that she had to be airlifted immediately to Nairobi from Kampala even before the match could be concluded.

Shikhoyi had been undergoing treatment in Nairobi and underwent surgery at the Nairobi Hospital this week. She was recuperating at the hospital’s ICU, unfortunately, late on Saturday night, she was pronounced dead with news of her passing casting a dark cloud over the Kenya Rugby fraternity.

Earlier in the day during the return leg of the Elgon Cup match between the two teams(Kenya and Uganda), emotions ran high with the referee forced to stop proceedings for close to seven minutes as blows and anger flew all over especially from the Kenyan girls who were emotional over their captain’s injury inflicted by the same team a week ago.

Aberdeen’s mother was present during the return leg match played at the Impala Club to witness the Kenyan girls win Elgon Cup for her daughter. Kenya won the match beating Uganda 15-3 at to retain the Elgon Cup on aggregate after losing the first leg match in Kampala.

The win was dedicated to Aberdeen’s quick recovery but hours later, she was pronounced dead.

Aberdeen has been with the national team for years and she has won Elgon Cup twice and represented Kenya in dozens of matches.

Here at Michezoafrika.com our thought and prayers are with the family of Shikhoyi. May her soul rest in eternal peace.