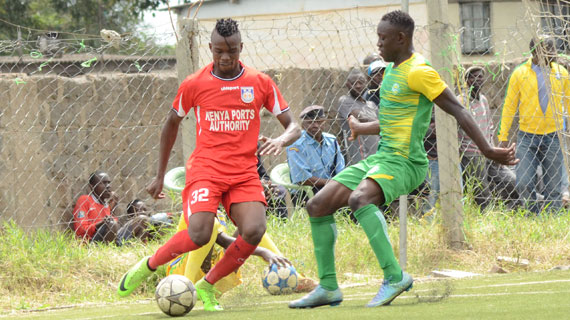 Kariobangi Sharks on Sunday picked a crucial 1-0 win over Bandari at the Camp Toyoyo in a Kenyan Premier League match.

Kariobangi Sharks moved to sixth on the Kenyan Premier League table with a 1-0 win over Bandari at Camp Toyoyo on Sunday. Sven Yidah scored the solitary goal in the 55thminute to hand William Muluya’s men their second win in three games.

Sharks had a host of chances especially in the first half and should have won the game by a bigger margin had they been more accurate in their finishing.

Eric Kapaito who has had a drought of goals despite a strong start to the season had a chance to get his confidence back when he was presented with the ball unmarked on the right but his shot came off the side netting.

Almost immediately, Abuya had an open chance when he was put through by Francis Manoah with only keeper Farouk Shikhalo to beat but the custodian made a brilliant one on one save.

Manoah had a goal disallowed in the 20th minute after slapping the ball inside the net off a Michael Bodo cross, but he was ruled out for offside.

Muluya’s men continued to exert pressure and on the half-hour mark, Kapaito missed a golden chance heading wide with no pressure on his shoulders off a Mwenda cross.

The visitors were reduced to minimal chances, the closest they came being with a freekick that went inches over the bar.

In the second half, Sharks sought to bury their chances early and they did so 10 minutes after the restart when Yidah rushed to the near post to flick over a freekick from Duke Abuya.

After conceding, Bandari piled pressure but weren’t as lucky with Sharks defending with their lives. Felly Mulumba saw his point-blank header blocked by keeper John Oyemba while late on, they had a chance with a freekick from good range but David King’atua sent it straight to the wall.