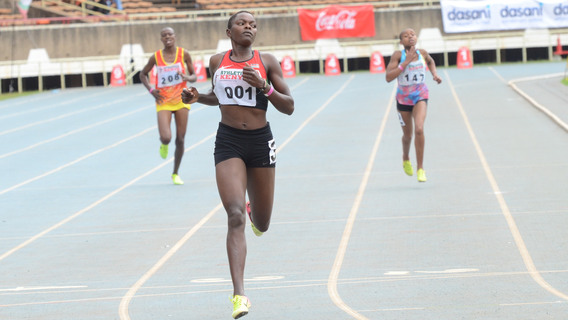 Team Kenya for the World Under-20 Championships in Tampere, Finland has been named

Photo : Mary Moraa cruises to victory in the 400m at the AK trials

Commonwealth Games 5,000m bronze medalist Edward Zakayo headlines the list after easily winning the 5,000m race in the trials held on Tuesday at Kasarani. The 17-year old won the race in a time of 13:19.74 ahead of training partner Stanley Mburu who finished almost four seconds later.

“I am really happy to have made it into the team and my target now is to go and bring a gold medal. I won silver in the Under-18 championships then in Commonwealth I won bronze. Now I just want that gold medal,” Zakayo beamed after blazing the track in the early morning cold.

Ndigiti who won bronze in the 10km walk at the Under-18 Championships hopes he can push for a brighter medal at the next stage. Moraa meanwhile is beaming with confidence that she can upgrade her silver medal from The Under-18s to gold.

She had no match during the trials at Kasarani, winning in 54.95, well within the qualification time of 55.00. She was the only qualifier from the race.

At the same time, Under-18 1500m champion George Manangoi finished second behind Justus Soget but still managed to get into the team despite racing with a slight knee injury. 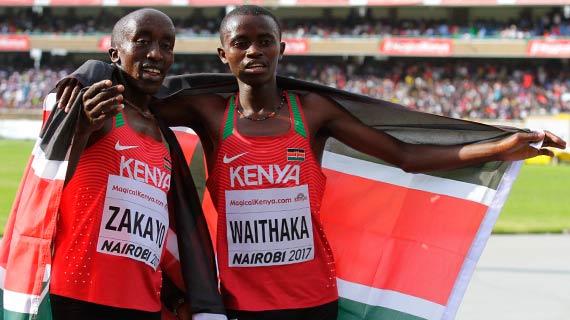 “In the preliminaries I was number three and a little bit worried. But I am glad that today I managed to get into the team and heading to Finland, my target is to get a gold medal as well,” Manangoi whose elder brother is the World and Commonwealth Champion said.

Also, Celliphine Chespol will be returning to the Under-2o stage to defend her steepleachase title and she has vowed to do her best to win back to back titles.