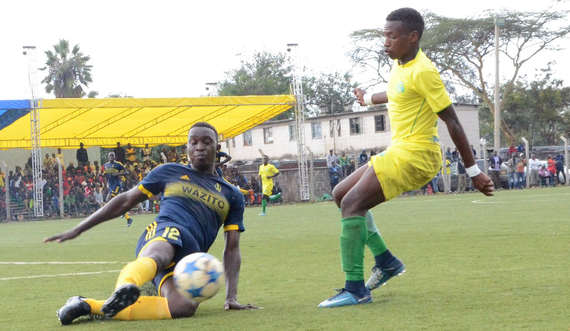 Fred Ambani, the Wazito FC head coach says they will look to jump on any mishap from either Nairobi Stima or Ushuru to move top of the National Super League standings. The three teams are tied on 41 points with Ushuru leading and Stima second, but Wazito can move top if both the taxmen and the powermen drop points on Wednesday.

Wazito will play the early kick off against Nairobi City Stars at 11am and will go top hours before Ushuru plays Migori Youth and Stima play Bidco in the 3pm kick offs.

“The motivation that we can go top is what is pushing us and as a team we are determined to get there. We had some small mistakes in some of the matches before but now the players have sat down and known that the league is tough and have corrected their mistakes,” Ambani noted.

Against City Stars, the tactician who is holding brief before the apppintment of a new man at the helm, will throw in new boys Llod Wahome and Amos Asembeka who were signed just this week from Tusker FC.

“They have trained very well and if I can judge by what I have seen in training, they will be good additions to the team. They have the experience and know how of the top level and will help us earn promotion,” Ambani noted.

Meanwhile, the team is scheduled to name a new coach after the sacking of Mohammed Mchulla last week with former Harambee Stars boss Stanley Okumbi the leading candidate.