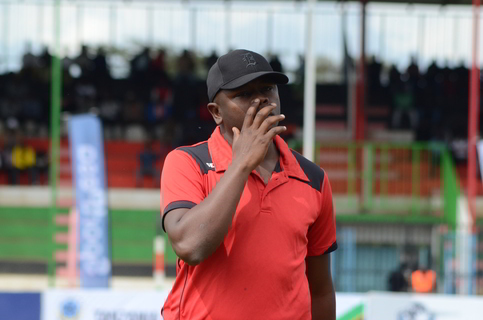 Kariobangi Sharks were made to pay for their missed chances losing 3-2 on post-match penalties to Tanzanian champions Simba in their SportPesa Super Cup quarter-final on Monday. Muluya said the team will only have themselves to blame as they would have wrapped up the game early and avoided penalties.

“We should have taken our chances in the first half and seal this game early but it is disappointing how we played. Sometimes you go back and look at the chances you missed and you wonder what happens,” the coach said after the match.

He was however pleased with the performance of a number of youngsters he fielded in the tie including Eric Kipkurui and Eric Juma who came on as second-half substitutes.

“The positives we pick is on the young boys who came in and did a good. It shows we have a good future ahead. Also, another thing is that if you are given a chance, you have to take it otherwise someone will take it and run away with it like Simba did with the penalties,” the coach noted.

Sharks will now shift their attention back to their Kenyan Premier League campaign where they are scheduled to host Nzoia Sugar in Machakos next Wednesday.