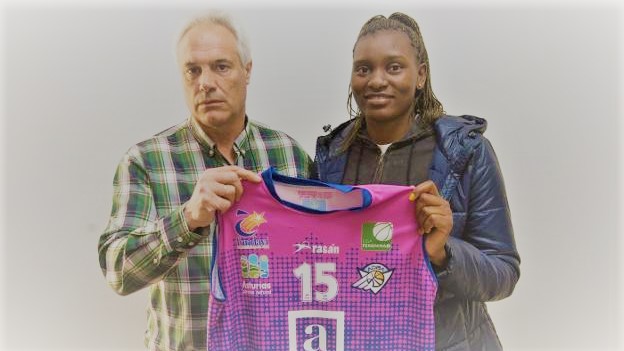 Mercy Wanyama has added her name to the growing list of the Wanyama family sporting royalty after she signed a short-term contract with Spanish basketball top side Adba Aviles. Mercy, younger sister to Harambee Stars skipper Victor Wanyama and former Inter Milan midfielder MacDonald Mariga was officially introduced to her new team on Monday.

She joined Adba on recommendation from Duran Liga Ensino’s technical team. Wanyama had been on trials with the top club since last November and with an opportunity unavailable to join them was seconded to Adba.

“I wanted to play in Spain. My brother McDonald spoke very well of Asturias and I am very excited about this opportunity. I want to try European basketball and I hope to give my best,” Mercy said as quoted by Spanish portal elcomercio.es.

The Lang’ata High School alumni has played locally for theEquity Hawks where she played a starring role in helping them to back to back league titles before proceeding to Storms.

“We needed people inside and she is a 1.85 player, very athletic and can help us a lot,” said Sporting Director Amalio Álvarez.

Coach Juanjo Garcia added; “The team needed a breath of fresh air, renewed illusions and the arrival of Mercy shows that the club has made a great effort and will certainly be a motivation for the other players.”