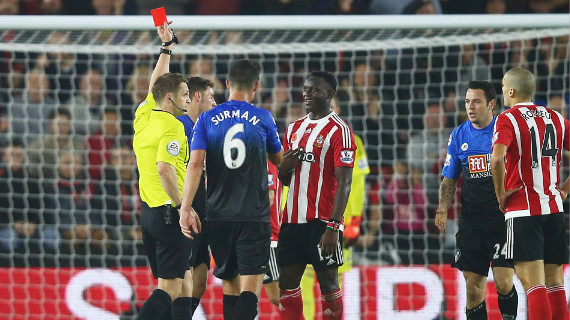 Wanyama, booked in the first half, mistimed a needless slide tackle on Lee Tomlin and collected his second yellow card of the game from referee Craig Pawson but his team held out for the last 12 minutes with 10 men