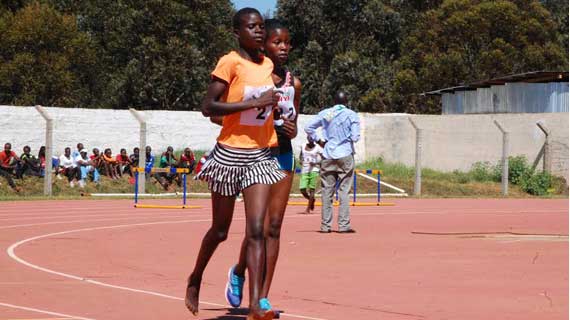 Lenah Wanjala of western brilliantly won the finals of the 5000m girls walk during the World Uner-18 pre-trials held in Eldoret on Thursday.

She clocked 27:32.0 to win the race beating Mary Wangechi from Central to second in 27:45.1 and Redemta Mueni from Southern region finished third in 29:50.9.

Jacinta Waithera from Central followed in fourth with 30:44.1 and Sofia Cheruto from North Rift clocked 32:03.7.

The athletes failed to meet the 25:00.0 qualifying mark, however they will still participate during the national trials in search for the elusive time.

According to Wanjala, she posted her best result considering that Eldoret is on the high altitude region.

“The winds were heavy and I tried my best. I will be looking for better results during the national trials in Nairobi,” Wanjala from Matili Primary said.