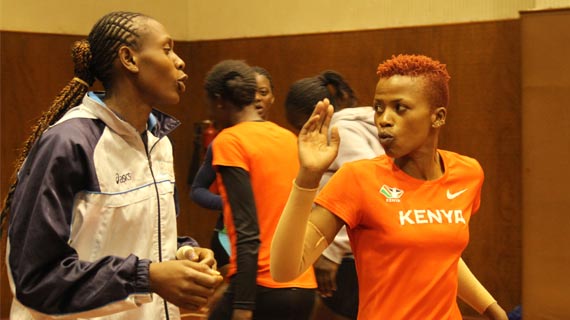 National team head coach Japheth Munala has dropped experienced captain Brackcides Agala and setter Janet Wanja from the national team as he named his squad ahead of the 2016 Olympics qualifiers to be played in Cameroon.

Four foreign based players Mercy Moim , Evelyne Makuto , Jane Wacu and Esther Wangeci have all been included in the squad  that also sees inclusion of two school girls.

Setter Janet Wanja was the only remaining player from the 2004  squad that last took part  in Olympics games held in Greece. Kenya lost all her pool matches to Brazil, Greece, Italy, Japan and South Korea and Wanja made her maiden appearance at the Olympic as a 20 year setter.