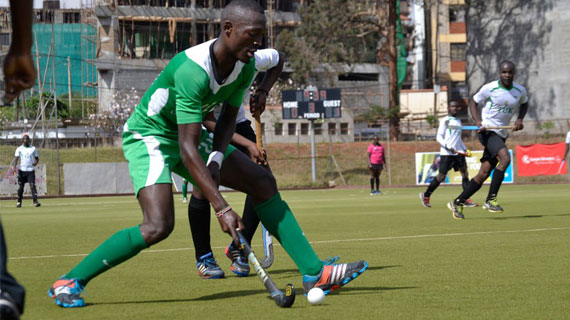 The 2017 Magharibi Michezo Awards list of hockey nominees has been released ahead of the 5th edition of the annual awards ceremony to be held on 23rd December.

Headlining some of the finest players in the Kenya hockey league, the 2017 edition  promises to be an exciting battle  as  the best are expected to be feted during a ceremony that also celebrates community coaches who have played key roles in developing talents from the  rich region.

In the most promising category, Wayne Kipkorir and Samatha Simiyu from Musingu and St Cecilia Girls high School Misikhu have been tipped to be among the finalists in a category that has mostly been picked from high school performers.

In the male player of the year category, last year’s winners Constant Wakahura and Flavian Mutiva have made it to the nomination once again due to an impressive season in 2017. Mutiva will be up against 2014 Female player of the year, Pauline Naise who made a remarkable comeback this season with 19 goals so far.

The Magharibi Michezo Awards (MMA) sets out to appreciate and award sports men and women from Western region who have shown exemplary performance in the various sports.

Player of the Year – Male

Player of the Year – Female