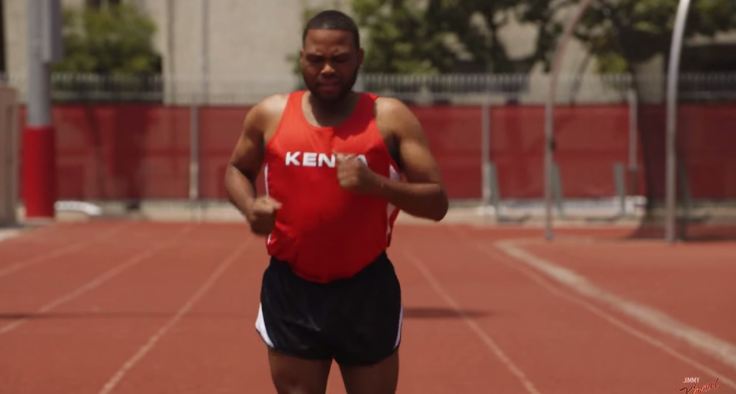 Kenya is renowned for world beating athletes. Rarely will you hear of a long distance race without a Kenyan name among the top ten finishers.

This rich athletics history inspired American comedian and TV host Jimmy Kimmel work on a "mock" documentary that profiles a Kenyan athlete known as Mzuzi Timato. The parody set in Kenya was apparently commissioned by Sports channel "ESPN" and stars comedian Anthony Anderson who acts the role of Timato.

Timato hails from a family of athletes with his mother having won eight marathons, one while pregnant (They say that when an athlete is at his/her peak due to the high level of haemoglobin).

Back to Timato story. His coach Bwana Mkubwa does not even have faith in his client who is also a subject of mockery by fellow athletes. Coach Mkubwa has unorthodox training tactics to ensure Timato  speeds up!

Despite his so not appealing personal bests, the “talented” Timato hatches a plan that makes him 2014 Los Angeles marathon "Champion".

Did he win genuinely or not? Watch and share the hilarious video below.