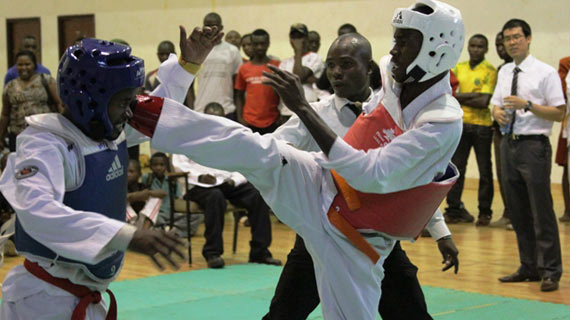 United States International University Africa  are the overall champions of Taekwondo Championship that were held last weekend at the USIU-A auditorium.

The home side raked in six gold medals and four silvers to earn the top spot.

The championship focused on selecting a good team ahead of the 2024 Summer Olympic Games  that will be held in France. The event attracted 17 teams drawn from different counties including Meru, Nakuru, Mombasa and Nairobi among others.

The military Tae-kwon-do squad finished second with 13 medals- six gold, three silver and four bronze. Settling for the third position was KEMU’s team ‘A’ with six medals that included two gold, one silver and three bronze.

KEMU ‘B’ was fourth with three medals, Regional settled for fifth spot with four medals, one Gold  and three  bronze while Olympic and Shofco shared spoils on the sixth place with each scooping two silvers medals.