Unlucky start for Shujaa at the Hamilton Sevens 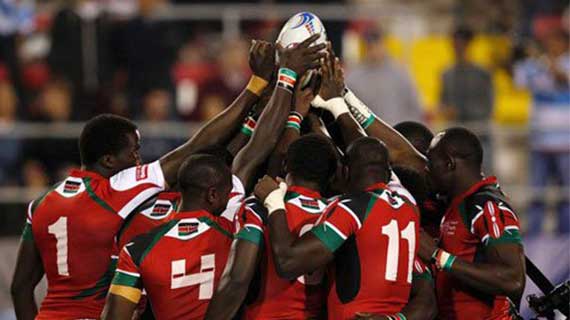 To have any chance of qualifying to the semis of the Cup, Shujaa have to beat South Africa in their final match on Sunday morning and hope Japan provide a miracle to beat England by a small margin in the other group match.

The national sevens team’s chances of contesting for the Main Cup title at the Hamilton leg of the World Sevens series were quelled after losing one and drawing the second of their opening Group B match on Saturday morning.

Shujaa lost 24-19 to England in their opening match before being held to a 12-12 stalemate in their second game against Japan. The two results leave Shujaa third with three points.

To have any chance of qualifying to the quarters of the Main Cup, Shujaa have to beat South Africa in their final match on Sunday morning and hope Japan provide a miracle to beat England by a small margin in the other group match.

Dai Ozawa’s converted try gave Japan a late draw in the tie with Shujaa having gone 12-5 up after the break. The two teams went level at half time. Alvin ‘Buffa’ Otieno gave Shujaa the lead with typical fashion, goring over his opponbents with his strong right arm after an offload from skipper Andrew Amonde.

The burly man crossed over with the conversion coming against the upright. Japan however drew level at the buzzer Kippei Ishida going over after some patient build up.

In the second half though, Shujaa came stronger and Daniel Taabu went over between the posts after sneaking in between the defense. He sent the conversion over for a healthy lead before Japan fought back.

With 43 seconds left on the clock, Shujaa almost sneaked in with the win, but Taabu was tackled a few yards from the try box, falling over and grounding the ball twice with the ref calling back the ball for a scrum.